The title of Johannesburg based artist Richard Penn’s debut solo exhibition, …and to that sea return, at GALLERY AOP is taken from a poem by Alexander Pope (1688-1744), An Essay on Man published in 1733. The poem deals with the character of human beings, and specifically with the place of human beings in society. It makes the point that nothing is wholly for itself, nor yet entirely for another, but for mutual benefit and pleasure. The poem is deeply representative of the thought and feeling of the time. The traditional concept, characteristic of the Middle Ages and the Renaissance of a ‘chain of being’ according to which humans are midway between God and inert matter, is combined with Newtonian science of Pope’s own day, concentrating on human beings as they are ‘knowable’ in themselves and as social beings. Richard Penn’s exhibition includes large pastel drawings, extremely fine pen and ink drawings, digital prints in combination with drawing, as well as monoprints with chine colle and drawing. He is concerned with examining the concept of matter, and he explains the marks on some of the art works in the following manner:

“We have easy access to images of deep space taken by numerous telescopes and cameras which depict objects spanning hundreds, thousands, even millions of light years across and millions even billions of light years distant. Aspects of these spectacular images are often visible to the human eye captured as they are by infrared, radio, or x-ray telescopes. The colours assigned to them are also a balance between scientific accuracy and aesthetics as raw data is always received in black and white. We don’t know what our universe looks like. The sub-atomic world also throws up impossible visual models of our universe.“ Richard Penn re-creates the effect of the vastness of space, of the emptiness of matter in his drawings. His images scatter into data only to gather indefatigably into images again. 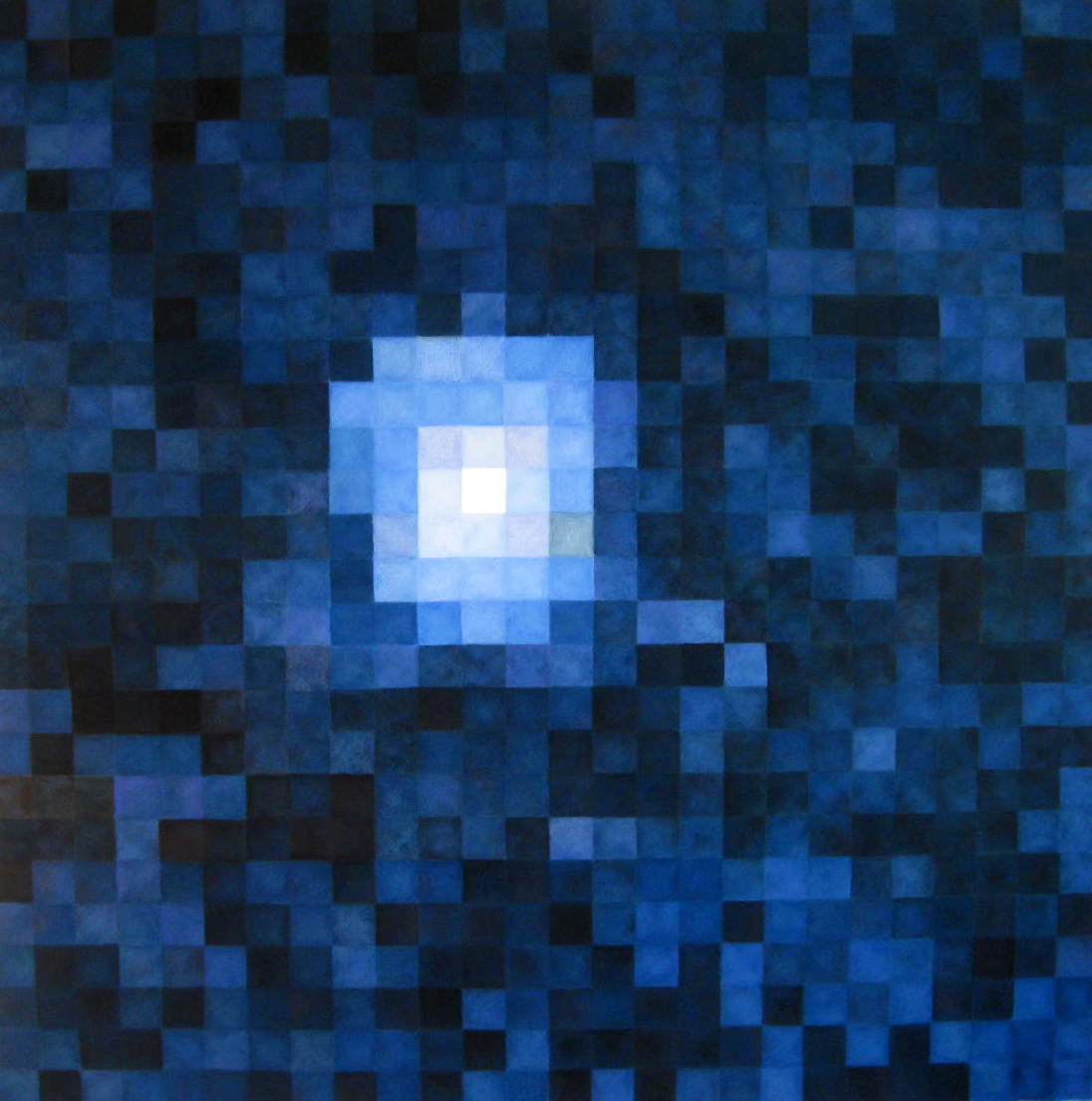 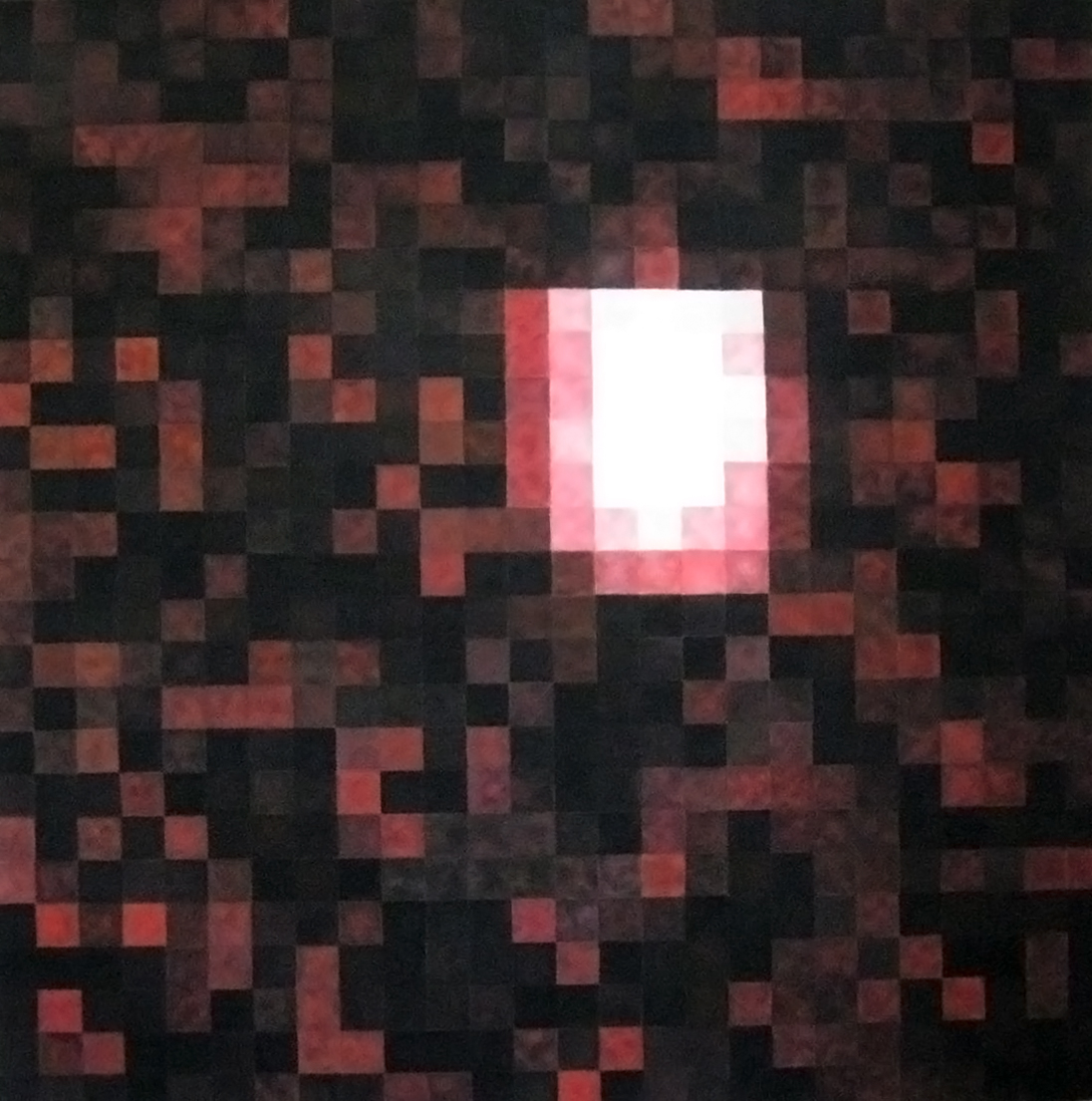 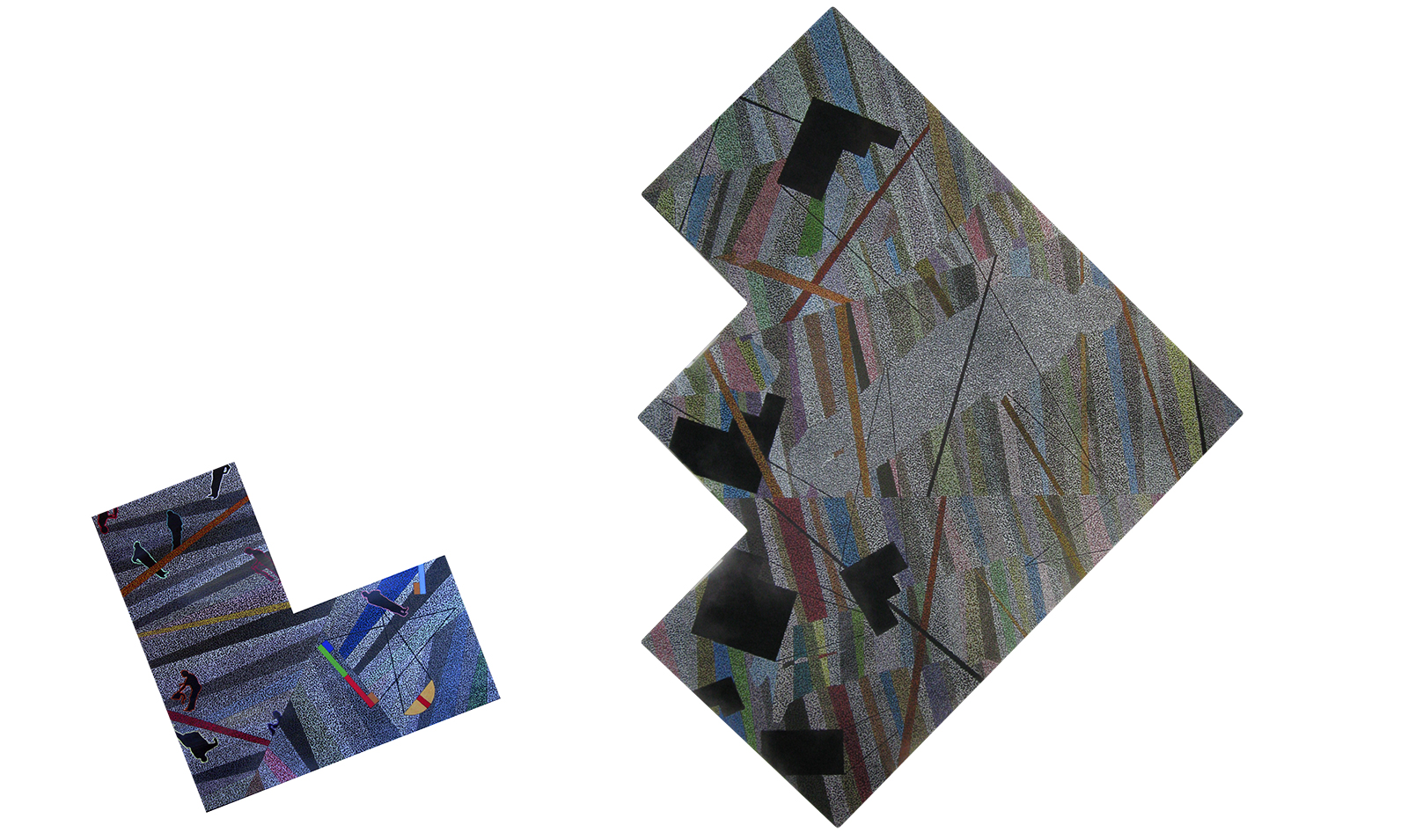